Anaerobic digestion has been used in Europe for more than a century to treat sewage plant sludge and waste from the food industry. This technology was developed in the 1980s to treat the organic part of waste. Thus within 30 years, numerous installations were built all across Europe.

Agricultural anaerobic digestion rapidly developed in the 70s throughout Germany. Over 7700 biogas units –of all sizes- are currently being exploited. France, on the other hand, lags behind, although it possesses the highest biogas potential due to its important agricultural activity and food industry.

How does it work?

Anaerobic digestion is a process that has the double advantage of recycling organic waste from farming, the food industry or households, in order to produce renewable energy and organic fertiliser.

This natural biological process resembles food digestion: it is based on the transformation of organic matter into biogas, due to bacteria living in the anaerobic environment (i.e. without oxygen). Applied to the industrial world, this process is reproduced in heated airtight tanks called “digesters”.

The biogas produced this way is mostly composed of methane (50 to 70%) which, after treatment and purification, will yield many possible applications: in industrial boilers, as electricity and heat through cogeneration, as well as biométhane used as fuel or injected in the natural gas grid.

The solid remnant of the original input materials is called « digestate »: it is a nutrient rich organic substance is used as a fertiliser. 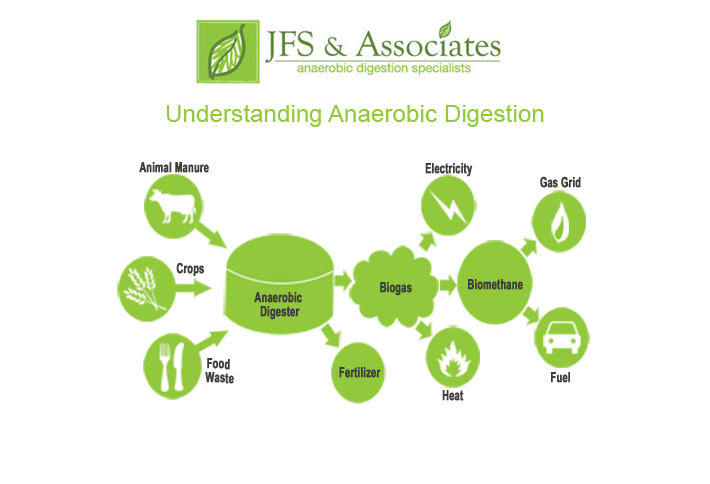 Anaerobic digestion has a huge potential as it tackles the issues of: